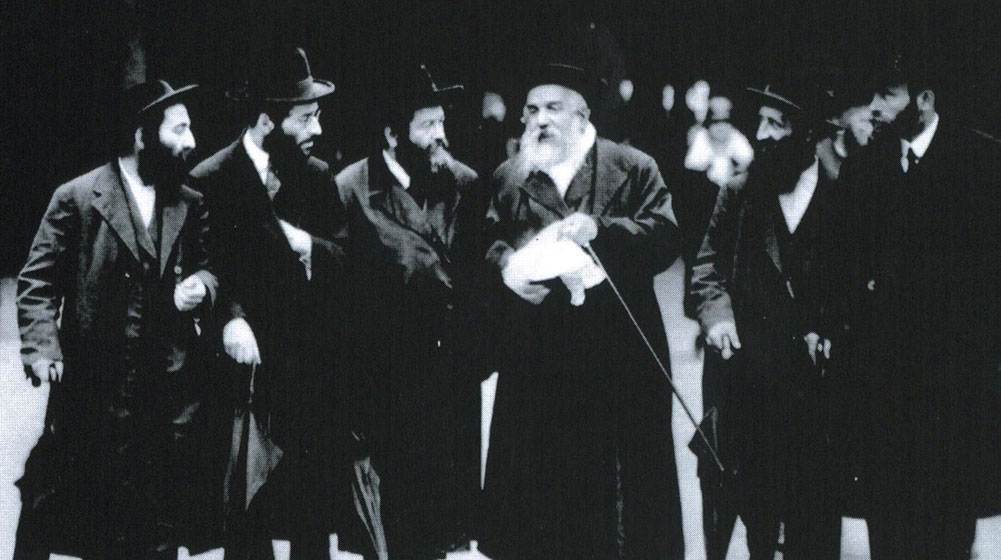 Rather than a strict chronology of events, we are organizing the themes and episodes of Rav Meir’s life in ways that bring his teaching to the present.

So, for example, the work of building the great yeshiva in Lublin is surrounded by stories of what it meant to be a bochur before those times, and what it means to learn in a modern yeshiva today. We tell the incredible story of the Rav’s petira near the very beginning of the film as a way to introduce our theme of simcha, rather than at the end. And the story of the Daf Yomi, in its historical context, becomes a story of great drama: it was hardly an idea that was universally accepted at first.

Interviews. Thanks to the foresight of producer Menachem Daum, there exists a number of riveting interviews not only with talmidim of Rav Meir, most now passed on, but also with those whose fathers learned in Rav Meir’s groundbreaking yeshiva or were touched by Rav Meir in other ways. Additional interviews will be shot during our production — rabbis, historians, educators.

Archival stills. We weave the story together with actual photographs from the time. Fortunately, many photos exist from the era and can be digitally enhanced to bring them to life.

Re-enactments or animation. Most of the “action” of our story comes to us without visual material. We will choose a manner of recreating these moments visually, whether it be high-level animation, historical re-enactment, or artistic renderings. In all cases, our re-enactments are not scenes with actors talking. Rather they are visual vignettes of a moment in our story, supported by one of our interviews, narration, and/or music.

Live music. A number of musicians “discover” Rav Meir’s nigunim and sit down to make new recordings of them, which then becomes the soundtrack for our film, as well as a great scene in itself (and a great ancillary CD that will give the community a new way to appreciate Rav Meir’s music). We also are in discussion with concert producers to bring Rav Meir’s music to a larger audience in conjunction with the production and/or release of the film.